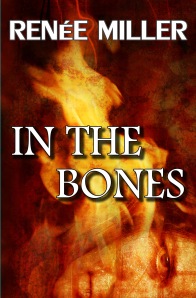 As I mentioned in an earlier post, I decided to publish my first novel myself. I have several reasons for doing this, and not a single one is related to actually earning money. While that would be nice, I suspect I’ll break even if I’m lucky. That’s okay. This adventure was concocted with other goals in mind.

“IN THE BONES” is available at Smashwords, and it’s almost ready for release on Amazon, although the official launch date won’t be until mid-March. If you’re curious about that, I’ll be having a virtual launch party on my Facebook page and giving away a few goodies to some lucky guests.

The process of publishing my first novel myself, which includes editing (of course), cover design, marketing, nail-biting, and much more profanity than usual, has taught me a few things I didn’t know (or didn’t want to admit I knew) about myself and people in general.

I am a control freak.

I knew that I kind of liked being in control. I mean, who doesn’t like all the power? But I didn’t realize how much I liked it. It’s becoming addictive. If I ever have any real power…watch out.

I worry about stupid things.

I found myself awake several times in the wee hours of the morning over the past few months, because I dreamt about something really stupid and then couldn’t stop thinking about it. The weird part? Half the time, the worrying was not related to the book at all, but it always came around to it by the time I was done. I worried for a few nights over the acknowledgements page of the book. Stupid really, but it bothered me that I had so many people who helped me get to this point, and yet, I couldn’t possibly name them all. I’d need an acknowledgements chapter. So then I thought, well I’ll just name a couple. But then, that makes it look like I feel they’re more important. So I should at least name the Goodreads gang, but then the list was like a page long and I was all, “That is too long, friend.” In the end, I didn’t include an acknowledgements page. Yes, I still think about it at night.

Sometimes…okay, all the time….I think I’d like to be famous. It’d be cool if people were all, “That’s Renee. She’s famous.” But then I started working on this book and I looked into the whole marketing and self-promotion thing. Then I realized just how much you have to put yourself out there. But that’s not what I don’t like. As I mucked about trying to put together a decent plan of attack, I realized just how many people might be watching me either fail or succeed. I hit the bottle after that. Too much pressure. No fame for me, thanks. Is it possible to just have the cash?

I suffer from selective blindness.

Apparently, I can read the same text a bazillion times and miss the same fucking typo/grammar/spelling mistake every single time. Editors are priceless. Remember that.

Not just terrible. Like beyond terrible. I suck. Time is not my friend. Time is this thing that my brain seems to think will just magically expand for me so that I can get all I need done accomplished before the deadline set. Sadly, this is not what happens. What happens is I end up staying awake until the wee hours to get it done, or I don’t clean. Yes, the housework is the first thing to suffer when I’ve got too much shit to do. At least I can prioritize, right?

I have fantastic friends.

The support and encouragement I’ve received since I announced my decision to step off the traditional path for a while actually amazed me. I have the best friends, virtual and “in real life.” You guys deserve a medal or something shiny that says “I’m awesome.”

And I have asshole friends.

Sadly, I also have people in my life who are assholes. I’m not naming names, because that gets me into trouble and my mom hates it when I do that. Let’s just say that I’ve found that there are folks that are all “we’re so happy for you” and shit, but only if they benefit somehow. The problem is that there are some folks out there who believe that I should be honored to give them for free what I worked a couple of years to create. That’s not how it works. Piss off. While I love giving away books, and I will definitely give away free copies of my books, these folks won’t get freebies on principle. I suppose I also learned that I can be spiteful…okay, so we knew that one already.

I’d do it again in a heartbeat.

As stressful as this has been, I have loved every single step. I think I have more pride in the final result than I would have if a traditional publisher took “In the Bones” on, because I played a role in every step of the process. Whether everyone loves the book, or everyone hates it, I’d do it again without hesitation. And I’m going to. Jack’s bugging to go next. But…

I’d rather have a publisher.

Yes. Even with the fun and torture I’ve experienced on my first foray into publishing myself, and despite loving every step of the process, I’d much rather have a traditional contract where I don’t have to worry about every single detail. I guess that means I’m basically lazy. I’m okay with that.

And PS: I am going to do a blog tour. I said I wasn’t in a previous post, but after doing a little more research, I’ve found that they can be a ton of fun, and they introduce me to a lot of really cool folks. Once I’ve got my shit together, I’ll get that arranged.

Before I go, I want to let you all in on a special birthday event I’m doing. Tomorrow is my birthday, and to chase away the saddies (I’m really missing my dad this week) I’ve decided to give presents to other people. As I said, I love giving stuff away. So if you go on over to my Facebook page, you can find out how to receive an advance paperback copy of IN THE BONES.

11 thoughts on “Self-Publishing: What I’ve Learned So Far”