I don’t know if you’ve noticed, but I’m having way too much fun penetrating everyone’s brain. We have a two-for this week. Welcome, Alythia Brown, author of DAKOTA CAPTIVE, just released this month by Crescent Moon Press.

Alythia Brown was born and raised in the San Francisco Bay Area, where she now lives with her husband and their three small children. She found her inspiration to write Dakota Captive after traveling to North Dakota to return an authentic peace pipe to the Lakota Natives. The artifact had been picked up after the Massacre of Wounded Knee in 1890, and eventually ended up in the hands of one of her ancestors—who, in turn, told everyone it was a wagon spoke. Alythia is the author of two short stories, published in the Mertales anthology, and she aspires to publish many more books for children, teens, and young adults.

So, now that you’ve all met Alythia, let’s dig inside her head. 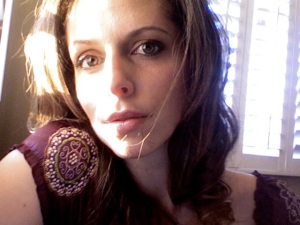 Renee: I firmly believe that every author has a character she’s secretly in love with, whether it’s one of your own, or one created by another author. Give us a name, and tell us what makes him/her so fantastic?

Alythia: Jamie from Outlander. A chiseled, hot, and powerful man with a Scottish accent? What’s not to love?

**I did enjoy Jamie too. What is it about guys with accents?**

What genre have you never written, but secretly want to try?

I’ve had a women’s contemporary fiction idea rolling around in my head for quite some time, but we’ll see if I can resist the urge to revert back to fantasy when I get the chance!

**My advice: Write it. Even if you do nothing with it, you learn a lot about yourself and your writing when you step outside your “genre box.”**

The apocalypse has arrived. You have one hope of survival, and he’s kind of “undead.” What’s the plan?

Step one: sleep with a rifle in my hands at all times in case he decides to change his mind and eat me. Step two: find and administer a zombie antidote for my dear undead friend. Either EpiPen to the thigh or pill form hidden in a piece of ham—I haven’t decided. Step three: after a few harsh days of zombie detox, we set out with antizombie guns, loaded with the antidote to undeadify the undead like a couple of badasses. Hopefully, this turns the tide of the zombie apocalypse. Otherwise, we could just go grab drinks and toast to the end of the world.

**Best answer to that question so far. **

Fantasy is a vast genre, so authors have a lot of inspiration for stories and characters. My personal favorites are gods and (yes, I’ll admit it) vampires. I could never write about werewolves and be perfectly happy, because I just don’t get the allure. If you were told you could never write about one type of character again (under penalty of torture, dismemberment and then death), which one would you throw off the cliff?

That’s tough… I guess, if I’m risking torture, dismemberment, and death, trolls would have to go. I figure either a giant or a goblin or some kind of giant-goblin-hybrid could get the job done.

This one is easy: What author would you most like to spend time with (for whatever reason and no you don’t have to share the reason) and what would you ask him/her?

Louisa May Alcott. But I WILL share the reason! I’ve always thought it was neat that she’s a distant cousin of mine and we are/were both writers! (Plus, I’ve always been a little more on the Tom Boy side, too.) I think I would ask her if she would like to know anything about the future because she died before women gained suffrage. I think, given her history of activism, she would have been happy to know that was right around the corner.

Writing routines are recommended by the “experts.” I have some things I always do before and while writing that help me focus. For example, there must be coffee and an ugly housecoat involved. Music is also important. What’s the most important (or strangest) part of your writing routine?

I never intended for this to be part of my writing routine, but apparently it is: a flyswatter or a flipflop. I write in the evening and after a day of shooing his friends outside there’s always one last, aggressive (and possibly vengeful) little fly buzzing around in the silence, landing on my computer, and darting by my face. He’s always the fastest, loudest fly ever, which especially pisses me off when I’m trying to concentrate and I make vows to kill him, and his children, and his children’s children…

**Oh. My. God. I had the same thing happen this summer. This giant fly was always buzzing around my computer. I never got him. I’m assuming he’s just died off or went south or whatever. **

What’s the worst piece of advice you’ve ever been given about writing?

I think the one thing that has bothered me the most over the years wasn’t necessarily bad advice. It was actually a lack of advice. I had a critique partner return my work without a single note. Instead, he had rewritten the entire thing in his own words! To me, that was more offensive than helpful. I can take criticism—actually, I welcome a healthy round of feedback—but I didn’t like the reviewer’s smug reaction, as though I should have thanked him for taking over the “mess” I had created.

You find yourself stranded in a dark alley at night. Doesn’t matter how you got there, because it’s too late. You’re there. Shit’s happening. Focus! Okay, you have to make a decision. There is no escape. If you don’t decide, one of your loved ones gets it bad. Okay? We’re clear? Good. So, you’re confronted by a werewolf, a zombie, a demon, and a vampire. The only way out is to let one of these bad boys (or girls) turn you. Which do you choose? Why?

Okay, zombie and demon are out. Zombie’s a no because I would hate to walk around that slow all of the time, moaning like an idiot. Demon’s a no because it seems a little too dark for my personality. So it’s a toss up between vampire and werewolf (still both admittedly dark if I have to eat people, but regardless…) Of the two, I’m leaning toward the werewolf. How fun would it be to run super fast through the woods at night?

**I still can’t get past the bone-cracking transformation and body hair.**

Writers are often labeled as weird, crazy or slightly strange, but we all know that’s not true. Still, it’s hard not to have some eccentricities when you spend so much time in your head. What’s one strange fact about yourself that readers might find a little crazy or odd?

Wait. So we’re going forward on the premise that writers are not weird, crazy or slightly strange. Got it. So assuming that I am entirely normal with a few exceptions, I would say my one, and only, odd behavior is that I totally talk to myself. Full on monologue in the kitchen while I’m doing dishes style. I like to make people laugh and I guess the more theatrical side of me takes over when I’m bored and alone because I feel like once the house is silent, I still need to entertain the dogs or ghosts or whomever may be listening… Huh. Maybe that last part was a little too much crazy to share.

The supers have been getting restless, and somehow they’ve created a vamp-zombie-fairy hybrid. If you had to write this character, what would it be like? Which “powers” would it have and would it be bad or good?

My vamp-zombie-fairy hybrid is small and silent, like a fairy, with lacy, black wings and hair. Her skin is an iridescent purple and her eyes are bright green. She is known for stunning her prey by sucking their blood and then devouring the carcass. Though she makes grown men afraid to wander in the woods because of her lethal appetite, she can be captured and made to serve her abductors with magic. If you can catch a glimpse of her in water and call out her name, she is yours. Just don’t ever let her find a pen and paper. If she can write your name one hundred times on the same sheet, the magical bond will be broken. As vengeances, she will probably kill you in your sleep.

You must write this character if you haven’t already. Love it! 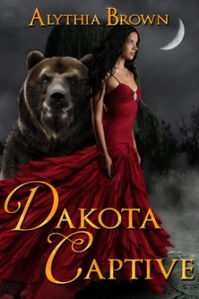 4 thoughts on “The Old In and Out: Penetrating the Writer Brain: Alythia Brown”