Rise and shine, minions. Just kidding. It’s day four of this… thing. And HANNA ELIZABETH is the lucky winner of Day Three’s prize, a paperback copy of Shoot the Dead by Steve Wetherell. Now, for those of you just tuning in, we’re having a bit of a Christmas thing here on the edge, in which I give away book goodies for twelve days. On the 20th, we’ll be meeting on the Facebook for a party full of more giveaways and, of course, some shits and giggles.

Tis the season of presents and jolly fat men, so how could we not include a book about fat men, right? Day four of my 12 days of freebies, which we’re almost certain we’re calling “Bookmas” gives you all the chance to win a copy of Claus: Legend of the Fat Man by the talented motherfucker who prefers to be called Tony Bertauski. I’m giving away two digital copies of this, so do the rafflecopter thing below to be entered to win. I know, it’s supposed to be a fancy widget thing, but it’s a link. Just click the link.

Santa is not just about the presents. See something deeper in this mythological figure. A story that’s meaningful. Find a cast of gritty, compassionate and courageous characters that make the journey to mythological fame despite their shortcomings and frailties. Pull away the veil of magic, reveal the difficulties of love and loss and struggle with life.

Because Santa Claus is much more than presents.

In the early 1800s, Nicholas, Jessica and Jon Santa attempt the first human trek to the North Pole and stumble upon an ancient race of people left over from the Ice Age. They are short, fat and hairy. They slide across the ice on scaly soles and carve their homes in the ice that floats on the Arctic Ocean. The elven are adapted to life in the extreme cold. They are as wise as they are ancient.

Their scientific advancements have yielded great inventions — time-stopping devices and gravitational spheres that build living snowmen and genetically-modified reindeer that leap great distances. They’ve even unlocked the secrets to aging. For 40,000 years, they have lived in peace.

An elven known as The Cold One has divided his people. He’s tired of their seclusion and wants to conquer the world. Only one elven stands between The Cold One and total chaos. He’s white-bearded and red-coated. The Santa family will help him stop The Cold One. They will come to the aid of a legendary elven known as… Claus.

Oh, and 10% of the profits for this book is donated to WINGS for Kids. Actually, each book in this series donates profits to a different charity. Tony was kind enough to donate the first book, so I’m going to throw in a digital copy of Jack: The Tale of Frost and Flury: Journey of a Snowman for the winners as well. A percentage of the annual sales for these books goes to the Lowcountry Food Bank and the Juvenile Diabetes Foundation. 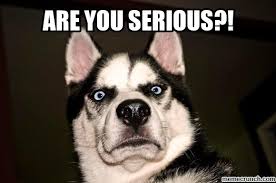 Sura is sixteen years old when she meets Mr. Frost. He’s very short and very fat and he likes his room very, very cold. Some might say inhumanly cold. His first name isn’t Jack, she’s told. And that’s all she needed to know.

Mr. Frost’s love for Christmas is over-the-top and slightly psychotic. And why not? He’s made billions of dollars off the holiday he invented. Or so he claims. Rumor is he’s an elven, but that’s silly. Elven aren’t real. And if they were, they wouldn’t live in South Carolina. They wouldn’t hide in a tower and go to the basement to make…things.

As if juvenile diabetes isn’t enough, he’s forced to live with his tyrannical grandmother in a snow-bound house. He spends his days doing chores and the nights listening to the forest rumble.

But when he discovers the first leather-bound journal, the family secrets begin to surface. The mystery of his great-grandfather’s voyage to the North Pole is revealed. That’s when the snowman appears.

Because sometimes even magic needs a little help.

So there. Do the Rafflecopter thing, and I’ll announce the winner in tomorrow’s post.