When Life tries to push its lemons on me, I just say no thanks, Life, because I’m not a fan of lemonade. It’s been a tough couple of months personally for me. Adjusting to being back in the world of day jobs, losing two beloved pets, adding three more beloved (if extremely frustrating) pets, and of course, the publishing shit.

But we’re approaching the end of 2017, and I’ve been taking stock. It hasn’t been all that bad when you add up the positives and negatives. Best of all, Halloween, one of my favorite “holidays” is almost here! This year, I’ve got lots of horror coming your way.

And on October 13th, my short sci-fi/horror story, GOLD, SKIN AND TIME, will be included in Broadswords and Blasters 3 (available for pre-order now). On the 17th, look for my horror novella, CHURCH, from Unnerving Magazine. My short story UNDER THE INFLUENCE, will also be included in issue #4 of Unnerving Magazine (publication: early October). PS: For a limited time, you can pick any four paperback titles you desire from Unnerving for just $35 during the magazine’s first anniversary sale. These are also available for pre-order. 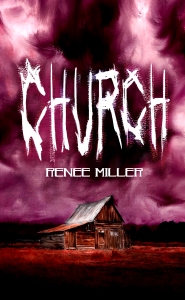 Well, that’s a lot for one month, eh? Kind of makes all the bullshit that bummed me out this summer not so bad. I have a few more shorts coming out with various publications in the coming months, including my sci-fi/horror story, THE CARTEL, which I’m extremely thrilled to say will be included in Cohesion Press’s SNAFU: Judgement Day anthology in 2018.

At the moment, I’m slowly puttering away at a couple of novels, including a weird horror tale about alien hobo cannibals (currently out on submission, so fingers crossed everyone), and another about killer headaches. And, over at Deviant Dolls, we’re adding the finishing touches to a dark anthology called ECHOES AND BONES, which will be released around Halloween.

Now, I have a cat peeing in my sink and a puppy whining to go outside, so I must leave you all so I can get back to this glamorous life.

4 thoughts on “Why Is Life So Into Lemons?”

horror with no limits