Confession: I think about quitting almost every day. Pretty sure I’ve admitted this before, but it bears repeating. Seriously. Most of the time I feel like I’m spinning my wheels with this publishing gig. One step forward means ten steps back. It’s depressing. Overwhelming. 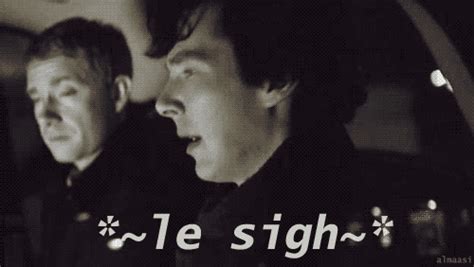 I’m constantly frustrated by this industry, frequently angered by people in it and my ego takes some pretty brutal hits on a regular basis. I waiver with every rejection. I wonder every second I write if I’m even any good. Most days, I don’t believe that I am. I mean, in theory, I must be okay, since people are publishing and reading my stuff, but there’s a part of me that thinks maybe those people don’t know anything and I really do suck.

It would take just one thing (not sure what that is yet, but it’s out there) for me to admit I’ll never make it, whatever making it means.

But I love writing. That’s what keeps me in it. And for those of you who would stop doing something you love simply because it’s too hard:

When I see writers posting about how they’re “ready” to quit or it’s not fair, blah, blah, the asshole me says “Fine. Quit. More readers for me.” The better part of me urges most of them to keep going. There are only a few truly talented authors out there. You could be one of them. Maybe you’re not. I don’t now. But if you are, and you quit, then readers are left with the not so good writers, and then what? Bad things. That’s what.

But how do you keep going when every time you turn around there’s another obstacle to success? You stop being so damn sensitive, for one. Publishing is a business and you need to treat it as such. If you’re writing just for the sheer joy of it, then disregard this and get out of publishing. Enjoy the process and be happy. If you want to write as a career, then get rid of your unrealistic expectations of yourself and the market. Sticking your head in the clouds and buying into the struggling artist bullshit is what’s causing you to become discouraged. Basically, when you let your emotions run shit,  your feelings will be hurt. When your feelings get hurt, you stop being rational and you post attention-seeking things about the unfairness of it all and hope someone will beg you not to quit. Well, kids, you can only do that so many times. Eventually, no one’s going to stop you, because we’re sick of your whiny ass. And then what?

Yes, there are far too many crappy books by crappy authors, but that’s not the market you should worry about. The market where demand for quality books by skilled authors is high is the market you want to tap into. In other words, work on your craft, kittens. It’s the only way you’ll succeed. Not selling? Figure out why. Are you writing to the best of your ability? Are you trying to learn more about writing and publishing every single day? If not, then you’ll never move forward. No one is the best. There’s always someone better. Trying to be as good as each someone better I meet is what keeps me plugging away. Yes, it’s frustrating when I see someone who sucks at writing succeed where I couldn’t, but they’re clearly better at something, or they wouldn’t be doing so well. Figure out that something and YOU be better at it.

This is all difficult (not going to lie and say it’s easy), but it’s not impossible. Publishing should be hard. In my opinion, it’s become far too easy for the barely literate to publish. That’s discouraging, but remember, the Universe self-corrects. When it became easy for all the crap to be published, the Universe found a way to make it hard again. It said, “All right then, motherfuckers, it shall be virtually impossible to get said shit to readers.”

We no longer have to impress the gatekeepers (agents, publishers, etc.). No, the Universe has put a new gatekeeper in charge; the reader. And she doesn’t give a rat’s ass about your feelings or what others think about her reading choices. She cares about getting the most bang for her buck. She wants a book she can get lost in. The kicker is that every reader likes different stuff, so good luck figuring out how to lose them all in your work.

If you think writing and/or publishing should be easy, you clearly live in a land of candy farts and shouldn’t be allowed to roam unsupervised.

Making a living is unlikely in the publishing industry, unless you choose to view every single sale as a step forward. It’s discouraging unless you choose to view every tiny bit of anything you learn as a sign of growth. Only a small percentage of us make this journey in one giant leap. The rest have to take slow, steady, baby steps up a steep hill, while being pelted with giant, fiery balls of shit, without any shoes and a broken umbrella.

But chin up, kittens. You haven’t failed until you stop trying.

So, are you a quitter?

One thought on “On Being a Quitter”